The moral panic over teen vaping has grown more intense almost daily for two years, but what has happened in the past month has shocked even seasoned observers of the space. Between the already white hot hatred of JUUL (over a variety of real and imagined sins), the early release of survey data showing that teen experimentation with vapes has increased again this year, and the outbreak of “vaping-related” lung poisonings that has so far left eight people dead and hundreds in the hospital, the country is now in the grip of full-blown vapor madness.

The news media have largely dropped the ball on the lung injury story, mainly following the CDC’s lead in blaming “vaping” and “e-cigarettes.” It would be easy for a casual reader or viewer of mainstream news to believe that the injuries are caused by commercial nicotine vaping products, when in reality they appear to be caused almost exclusively by products used to dilute cannabis oil.

The combination of reporters covering a topic they barely understand and deliberate misinformation being fed to them by malicious actors has resulted in hundreds of news stories cononfusing ordinary nicotine-based e-cigarettes with dangerous black market THC oil cartridges.

The poor coverage of the outbreak has led to many (maybe most) people fearing a product that has been used for over a decade by millions of people to avoid cigarettes. And that irrational fear—which is not related to flavors in any way—has helped the traditional anti-vaping groups hype the demand for bans on flavored vaping products.

In just the past two weeks, both Michigan and New York have banned most vape flavors, President Trump has announced his intention to do the same federally, and a growing number of states have begun the process of instituting their own bans or restrictions on vapor products.

This nightmare scenario is going to play out both federally and in states and cities. Politicians at every level are hot to get in on the action, because for the most part, they’ve decided that the positive feedback they get from suburban parents and powerful special interest “health” groups outweighs the political risk of offending vapers and smokers. There has never been a more dangerous moment for the future of vape flavors.

When President Trump announced that he would ban flavored vaping products, his advisers had clearly underestimated the backlash from angry vapers and the thousands of small businesses that serve them. The next day, a CASAA-led White House call-in campaign lit up the switchboards, and vapers filled social media with messages to the President 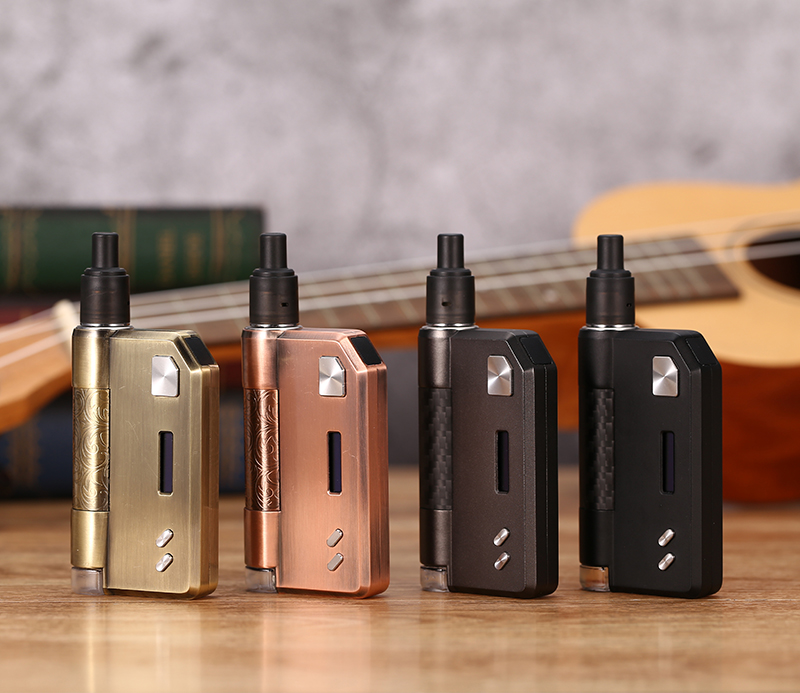 Two days after announcing the ban, Trump seemed to backtrack. He tweeted, “While I like the Vaping alternative to Cigarettes, we need to make sure this alternative is SAFE for ALL! Let’s get counterfeits off the market, and keep young children from Vaping!”

But the President tweets a lot of things. If his message was intended to indicate a policy change, he certainly forgot to tell his Health and Human Services Secretary Alex Azar, who oversees both the FDA and CDC. The health boss indicated that the flavor ban plan was still full steam ahead.

On Sept. 17—four days after Trump’s apologetic tweet—Azar tweeted a link to an article that he said “sums up our plan for e-cigarettes: 1) Tobacco-flavored still available for adults as an alternative; 2) Companies can already submit flavored products for FDA review; 3) Flavors that appeal to kids will not be allowed on market until approved.”

Conservative activists who support vaping have been working behind the scenes to change minds in the administration. Paul Blair of Americans for Tax Reform has been trying to convince White House officials that angry vapers will be a potent political force in the 2020 presidential election. Blair has worked tirelessly to shift the President’s focus from angry suburban moms who hate JUUL to the millions of vapers that use flavored products.

Blair’s argument is that there are enough vapers in many of the states that Trump won by small margins in 2016 to reverse the election result next year. In Michigan, for example, Trump won by a scant 11,000 votes, and Blair says there are more than 400,000 vapers, many of whom are single-issue voters. Even if they don’t vote for Trump’s opponent, just staying home could swing the balance in a close race.

Blair, a longtime supporter of vaping, has received a lot of support from vapers on Twitter, who have sent messages to Trump and 2020 campaign manager Brad Parscale explaining why the President will lose their votes if he supports a ban. A meeting yesterday at the White House between administration officials and vaping advocates, including Blair, was abruptly cancelled (because of scheduling conflicts, said the White House), but efforts continue.

At this moment, there is no reason to believe that Trump has changed course on his support for a flavor ban.

In Congress, even before the lung injury outbreak, there had been multiple bills introduced that would ban flavors, prohibit online sales, force the vaping industry to pay user fees to the FDA, create a national Tobacco 21 law, regulate synthetic nicotine, restrict advertising, or do some combination of those things.

Now senators from both parties are coming together to propose tough rules that will restrict vaping hardware and impose federal taxes on vaping products. An aide to Illinois Sen. Dick Durbin told Roll Call that Congress may have to give the FDA additional resources to “go after” vape shops after a flavor ban is in place.

Republican Utah Sen. Mitt Romney thinks there needs to be a law to prevent vape devices from being opened and refilled. Romney is apparently unaware that cannabis vaping products will remain untouched by any FDA rules or laws passed by Congress (because cannabis is already federally illegal).